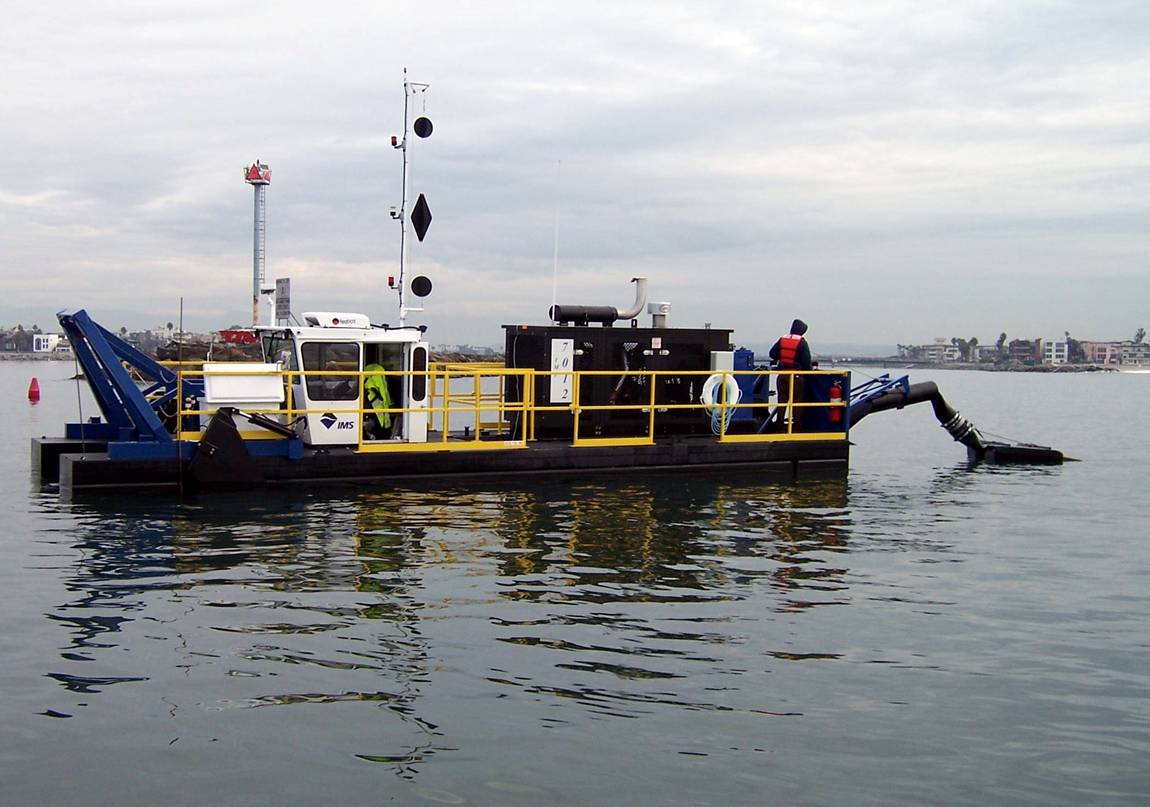 Tim Fields, the Corps’ Project Manager, said, “this dredging project is a good opportunity for the Corps to investigate new innovative technologies which are being developed in an environmentally friendly manner so that we can beneficially reuse the sand and decrease the costs for dredging contaminated material.”

The Corps hired CJW Construction as prime contractor for the 10,000 yd3 pilot project, which in turn used the IMS Model 7012 HP in conjunction with an environmental dewatering system.

According to the Corps, 70% of the material was reusable. The remaining 30% was trash, clay, or silt.

“It’s a creative solution that the Corps has been working on for a number of years,” said Walter Popoft, Executive Assistant, L.A. County Beaches & Harbors.

CJW Construction’s Alan Perkovich said that, “The IMS 7012 HP Versi-Dredge® did an amazing job with the trash.”

IMS’s innovative patented Starwheel Drive self-propulsion system made it ideal for the project since boats could travel freely around the dredge without worrying about cables or anchors. 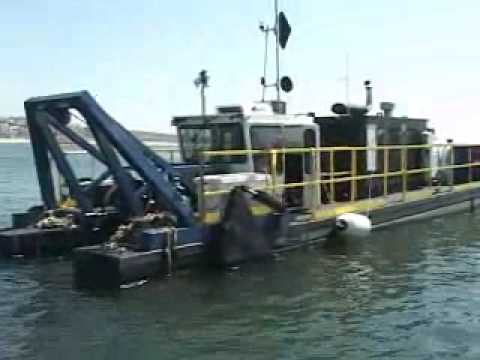 Contact Us
PrevPreviousShoring Up: City Employees get Beach in Lake Forest Ready for Summer
NextIMS Dredges Reports Banner Year For 2009Next