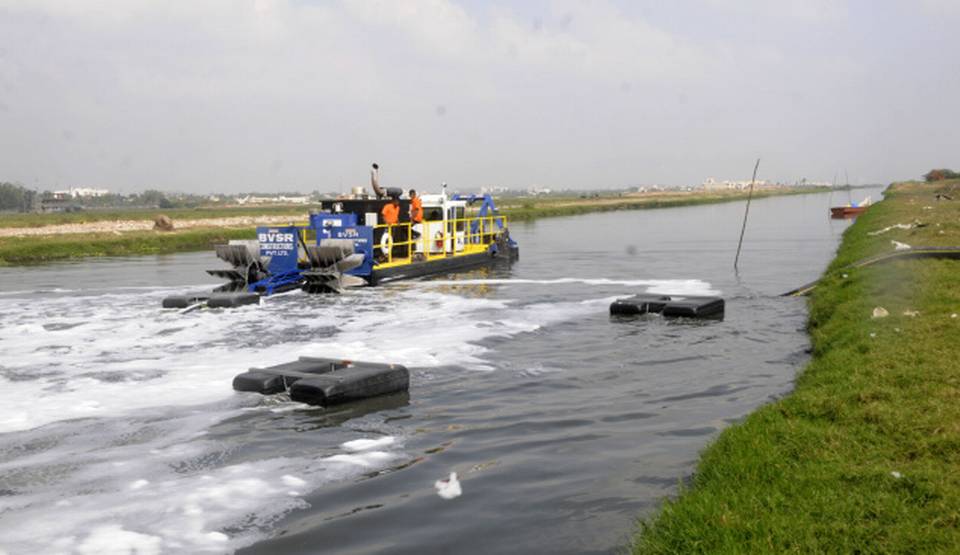 According to officials of WRD, the desilting is part of the improvement work being undertaken on the 13-km stretch between Okkiyam Madu and Muttukadu under the Jawaharlal Nehru National Urban Renewal Mission (JNNURM). The project, which involves widening and desilting of the canal, is worth Rs.46.86 crore.

An official said about 200 metres of the canal near Sholinganallur is being cleaned on a trial basis using machinery from the U.S. Normally, three excavators are used to deepen and desilt the canal.

The contractor of the project deployed the dredging machine a week ago to clean the canal. This is said to be three times more effective in desilting the canal compared to the conventional equipment.

The machine, whose cost is Rs.5 crore, would be used to deepen the canal from the existing three feet to nearly eight feet.

A similar machine was already used for a project in Neyveli. Once successful, the machine would be used on the entire stretch of the canal.

The desilting work is set to be completed in a few months, the official said.

The work to widen the canal from the present 20 m to 100 m would be finished in a year. Simultaneously, six small causeways across the canal would be reconstructed and made into single-lane bridges, the official said.