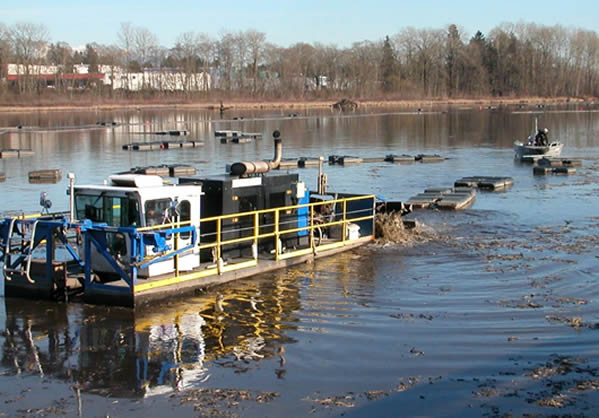 Associated Engineering has announced that they have received an Award of Excellence for the Burnaby Lake Rejuvenation Project at the Canadian Consulting Engineering Awards Gala held last night in Ottawa, Ontario. Judges noted that the project demonstrates excellence in engineering, innovation, and environmental management.

Associated Engineering led and completed a complex and groundbreaking process to sustainably restore the pristine environment of Burnaby Lake, which had deteriorated after 30 years of natural infilling and sedimentation. The team overcame a series of environmental challenges and developed an original treatment process to restore the lake’s valuable ecosystem for fish, wildlife, and the community.

“We are very honoured to be presented with this prestigious award”, says Kerry Rudd, P.Eng, President and CEO.

“We want to recognize the dedication of our team and partners for developing an innovative treatment process to dredge and re-use the sediments and water from the lake, as well as for the careful efforts that were taken to protect endangered species during the process.”

“We have a large office in Burnaby, minutes from the project site, and so we shared in the City of Burnaby’s vision to restore Burnaby Lake,” says Peter Degroot, P.Eng, Project Manager. “Our multidiscipline team and our partners resolved many technical challenges to ensure sustainability and respect for the natural environment.”