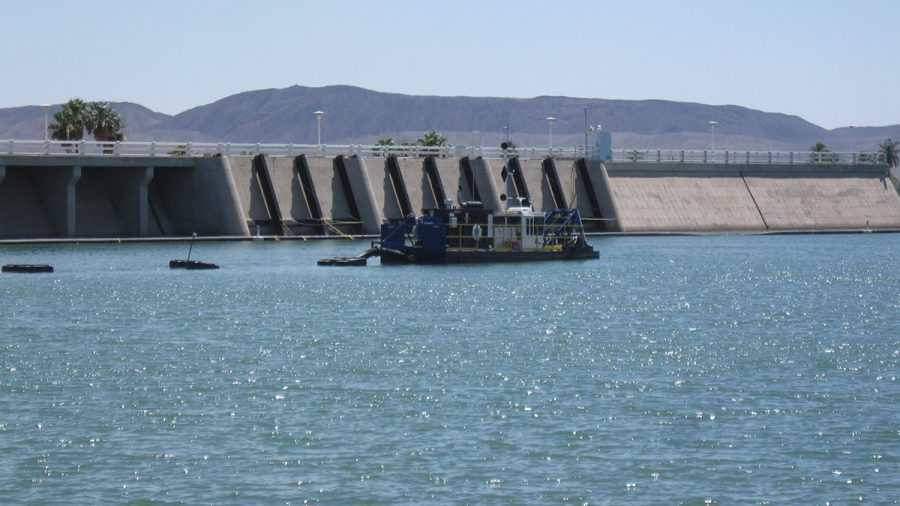 Dredging operations are expected to run 24 hours a day Mondays through Saturdays. The project is scheduled to be completed in 12 to 15 months’

Recreational users and watercraft operators are encouraged to exercise caution and to stay clear of all dredging operations. Operational noise is expected to be minimal.

Reclamation does not anticipate closing the area around the dredging site, but boat access will be regulated near the work area. For additional safety, navigational hazards in the river channel and around the dredging equipment will be illuminated at night.

The dredging is being performed to ensure continued Colorado River water deliveries to the All American and Gila Gravity Main Canal headworks. These two canals serve about 600,000 acres of farmland and surrounding Yuma-area municipalities.

Approximately 1.2 million cubic yards of material will be dredged from the site. The project is funded under the American Recovery and Reinvestment Act of 2009.

The project is funded under the American Recovery and Reinvestment Act of 2009.

In January, Reclamation awarded an $11.8 million contract to CJW Construction Inc. of Santa Ana, California., to remove the sediment that has accumulated over the past several years behind the Imperial Diversion Dam. Mobilization of heavy equipment for the project began in mid-April.

A large, floating dredge barge, work boats and a pipeline will be used. The equipment will be based at and launched from a site near Hidden Shores RV Park on the Arizona side of the Colorado River about 20 miles north of Yuma, AZ.