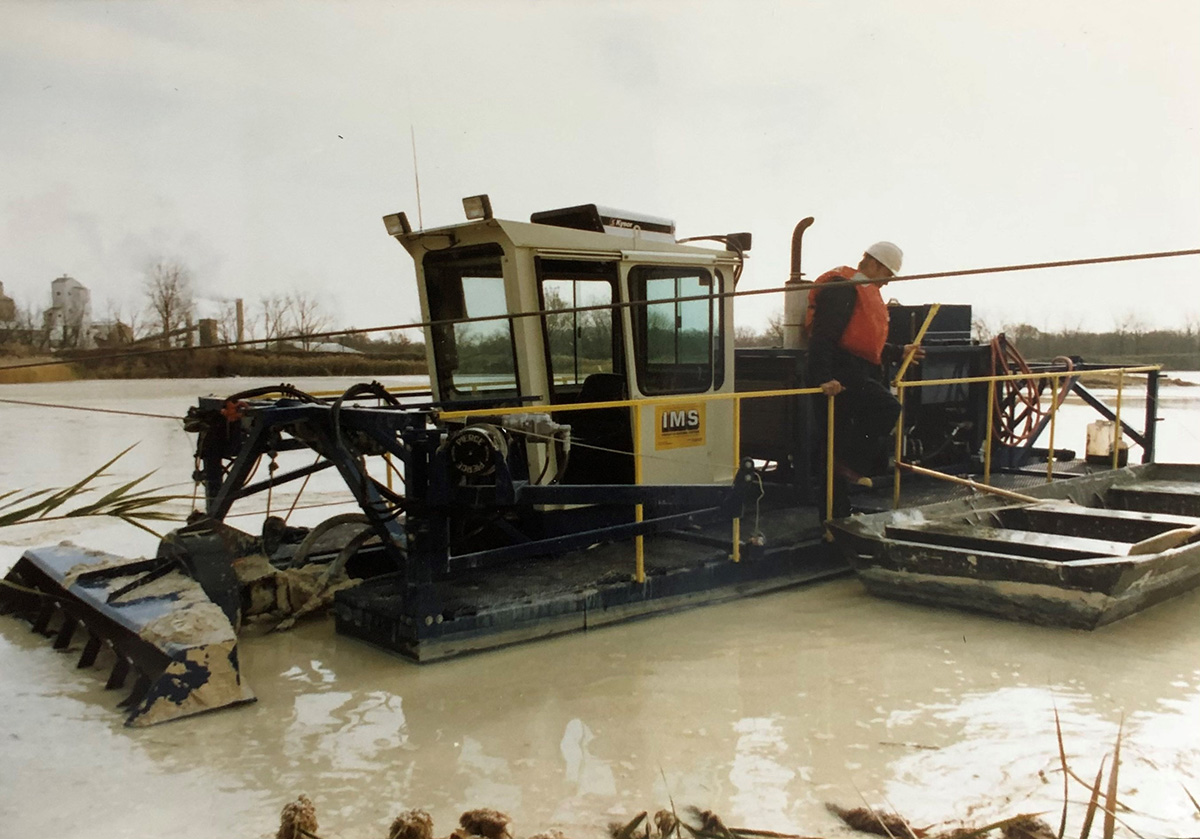 “We had heavy pea soup coming out the other end,” is the way Hugh “Hoot” Jellum describes the discharge from the pumping system working in his holding pond. Jellum is busy clearing the top 18 feet out of a 17-acre pond that has been filled with years of clay, mud, sand, and fines washed from a silica mining operation. Jellum is the veteran operations manager for Wedron Silica Co., in Wedron, Illinois.

After a number of unproductive attempts with other equipment, Jellum kept looking for something to do a better job. The pumping equipment he tried previously pumped too much water and not enough solids. His search led him to the IMS Versi-Dredge® which promised a higher concentration of solids and a more economical operation.

“They lived up to their word,” says Doug Gerner, director of production for the million ton per year operation. “The VERSI DREDGE® pumps anywhere from 20 percent to 65 percent solids depending on the type of material it’s working in.”

Among the features that led Wedron Silica to purchase the Versi-Dredge® was the manner in which the cutterhead works. As Hoot Jellum puts it, “We get real heavy slurry because of the way the cutter head works with the pump. It’s almost as though they’re one unit. The cutterhead rips into the clay, mud, sand, and it goes right into the shroud. The pump is sitting right there in the back and it takes the material up, and out and it is gone. Nothing gets away.”

Jellum says that he’s been working the dredge for about 350 hours and hasn’t had trouble. “We’ve been down to twenty feet and we’ve been in places where the material was a foot above the pontoons, and we still moved it out of there.”

Jellum expects to work on the pond well into summer. “We shut down when the freeze sets in, then we’ll get back to work sometime in the spring.” he says.

The material from the holding pond is being used to refill one of the mining pits. This means the dredge may be as much as 900 feet from where the material is being discharged into the hole. Jellum said they have been pumping that distance with ease and that the material spews out the other end in a good heavy stream.

The dredge is also designed for easy mobility. It is compact and lightweight so that it is easy to move through a pond and quick to turn around and make another sweep.

“We have been able to set the system in one position and pump for three weeks. The pump is so powerful that it draws the material right into it and keeps pumping a high ratio of solids.” said Jellum.

He recalls another time when the pump was in almost solid sand so that the only water that was available had to come in from the bank and over the top of the shroud. “It still moved that sand,” he says.