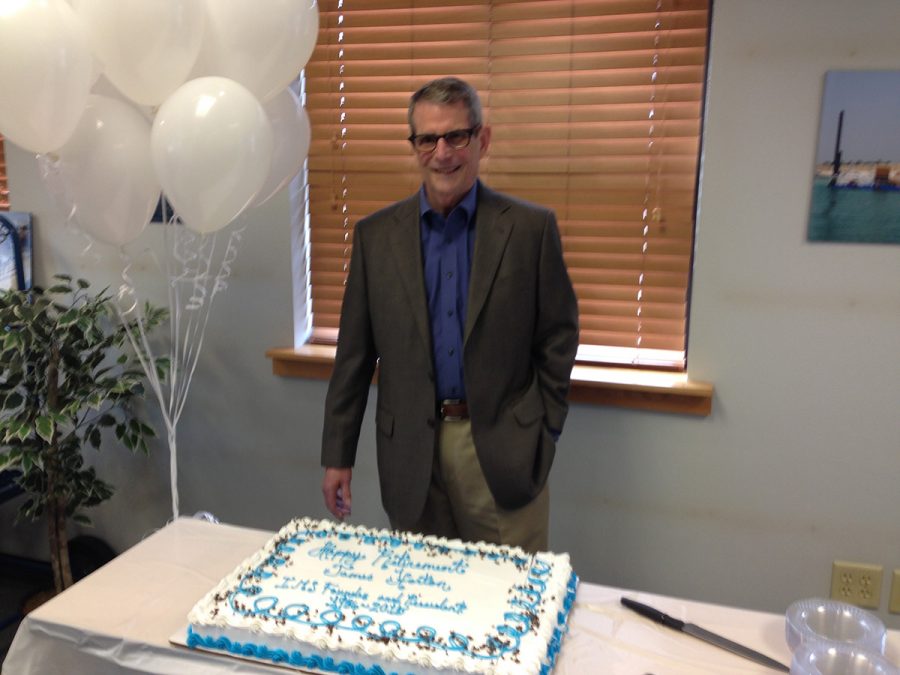 James “Jim” Frederick Horton, 80, of Leawood, KS, passed away on June 5th 2022, at Brookdale College Square Memory Care due to complications from Alzheimer’s disease with his wife Valerie and son Ryan by his side.

Jim was born on October 11, 1941 to Charles and Margaret Horton in Detroit, Michigan. After leaving the seminary in high school, he went on to earn his Masters of Business Administration from the University of Michigan, after which he joined the U.S. Coast Guard Reserve.In 1972, Jim met Valerie Iannelli at a Young Republican social in Detroit. They married in 1975, and were blessed with two sons, Christopher, 45, who lives in Taipei, Taiwan, and Ryan, 43, of Leawood, KS.

Starting out in his business career Jim worked at multiple Ford dealerships in the Detroit area in sales and management positions. He then went on to work forCummins, and then H&H Pump Company where his deep interest in the hydraulic dredge industry began. Jim co-founded Innovative Material Systems (IMS), Inc. in 1986 in Olathe, KS which he sold to Ellicott Dredge in 2003. Today the company is part of Markel Ventures, a Fortune 500 publicly traded company.

Jim was my partner for well over a decade until he retired in 2015.

How that came to be is an interesting story.

In the 1990s I read about Jim and IMS Dredges in a front page story in the Wall Street Journal! Jim was savvy enough to get the US government to support and highlight a project in Thailand showing the benefits of an IMS Versi-Dredge operating in a swampy jungle, and the WSJ wrote an article about it. I was impressed! A a bit jealous even.

I called him to talk about it. We shared some war stories and promised to stay in touch.

A decade or so later, in 2003 IMS ran into some financial difficulties arising from the fundamental small business issue of trying to balance an unpredictable and uneven order flow with the factory’s need for steady volume. At the time their factory was in Olathe KS.

We had a challenging but constructive negotiation which ultimately led to Ellicott buying IMS, closing their plant, moving the manufacturing to Wisconsin where we already had a small plant in Somerset, and keeping the sales office and administrative support in Kansas City.

Over the years, what a resounding success this became for everybody!

Relieved of the burden of feeding a hungry factory, Jim focused on what he did best, sales and marketing, and orders for IMS Versi-Dredges exploded to double and triple previous levels. He continued to pioneer engineering improvements, with new patents, and he literally left no stone unturned in his globetrotting in search of new markets. His energy knew no bounds.

His successes were sufficient to justify our building a brand new greenfield dredge factory in New Richmond, WI. That facility may be the only such US factory in the last 30 years. Many employees there today owe their jobs to Jim.

I was also impressed at Jim’s personal commitment to pay back creditors from the 2003 transition even when he didn’t have to. That was the strength of his moral character.

Longtime former Ellicott Board member Mead Treadwell reminded me, “You could count on Jim for his omnipresent smile and limitless optimism, and constant quest for improved business organization, strategy and tactics. Together we built something bigger than we could have on our own.”

Jim Pflueger, Ellicott’s Wisconsin General Manager during Jim’s tenure, said, “Jim’s passing is a big loss; he always motivated us to do our best. He was a great builder of the IMS brand.”

It was always a pleasure to spend time with his wife Valerie and his son Ryan, who joined IMS. His legacy team, lead by his son Ryan for many years, continues to perform well as I understand.

We will all miss Jim, but his important contributions to the dredging industry will live on for a long time. I can still hear him saying, when speaking of operating IMS dredges in tropical countries, “Just think, with the IMS Starwheel propulsion, we have saved dredge operators from having to get in snake-infested waters to change spuds!” ….and much more.