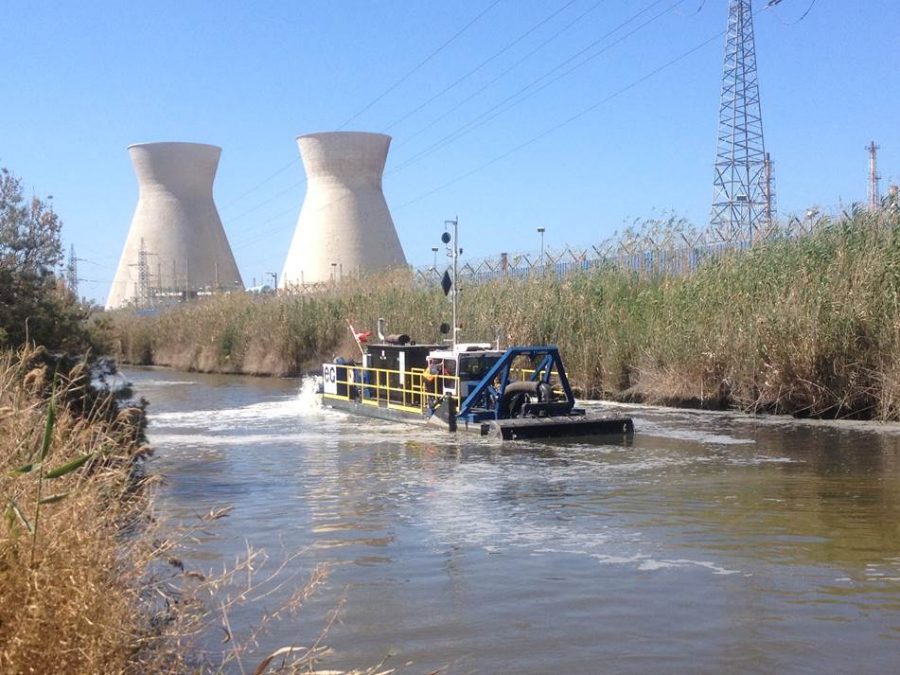 The dredging of the Kishon River has officially begun, with the ultimate goal of eliminating the pollution that has plagued the riverbed for decades.

The moment is an historic one that comes in the wake of a year of intensive preparatory activities at the restoration site.

Minister Peretz: “In order to change the reality, we must go into this in-depth, until we reach the riverbed. Today we are returning the Kishon to the public, we are restoring the river that has been until now a symbol of pollution. We are pumping life into it, turning it into a natural jewel for the entire public, a clean river, flowing and cared for, an artery for biodiversity and a center for recreation and enjoyment for residents of Haifa Bay. Our job is to eliminate the contamination, to ensure a quality of life for all the residents of the area, and thus, to ensure social justice alongside environmental justice.”

An IMS 7012 Versi-Dredge® that was brought in from the U.S. for the project began its work yesterday.

It will dredge up the contaminated sediment from the downstream section of the Kishon riverbed.

The dredged slurry will then be dewatered, and the supernatant produced by that process will be treated and discharged back into the river. The dewatered sediment cake will be mixed with dry material from old ponds and clean bulking agents to achieve aeration.

The sediment the aerated bio-piles will then be biologically treated, and ultimately, incorporated into a public metropolitan park.

The project is aimed at cleaning 7 kilometers downstream, contaminated by pollution that originated in both industrial effluents and municipal wastewater.

Over the next 20 months, some 400,000 cubic meters of material is expected to be removed from the river bottom.

To date, NIS 90 million has been invested into the Kishon remediation project. Expenses have included training, removal of 300 thousand cubic meters of soil from the site in order to divert the Kishon channel into a new meander that will serve as the remediation site for contaminated sediment, construction of equipment that will be used to treat water and contaminated sediments that will be dredged from the riverbed â€“ such as a pump, preparation of a centrifuge system for the dewatering process, construction of a laboratory where sediments and water will be tested before being discharged back into the water, construction of storage ponds where contaminated material will be sent and of treatment pools where water will be transferred before being returned to the river.