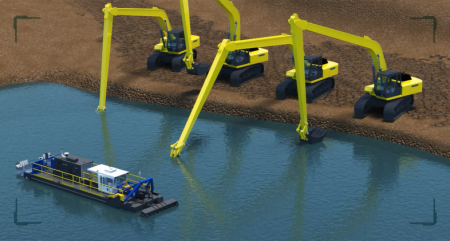 “Environmental and public health experts are concerned that mechanical dredging poses health risks more significant than those calculated by the Environmental Protection Agency.

Mechanical dredging of the harbor has been opposed by the environmental group Buzzards Bay Coalition because it results in burying PCB-contaminated soil beneath the harbor, instead of trucking it to an approved disposal site in Michigan, as is done in hydraulic dredging.”

“Hydraulic dredging is typically used because it is generally cheaper than mechanical dredging for large amounts of sand.”