There are two waste lakes at Montebello. The large one that people use every day as a park and a smaller one, hidden from view, on the filtration plant property. The large one was at one time (1881-1915) used as drinking water. The small one (1915) has always been used to settle out the waste by-products of the filtration process. 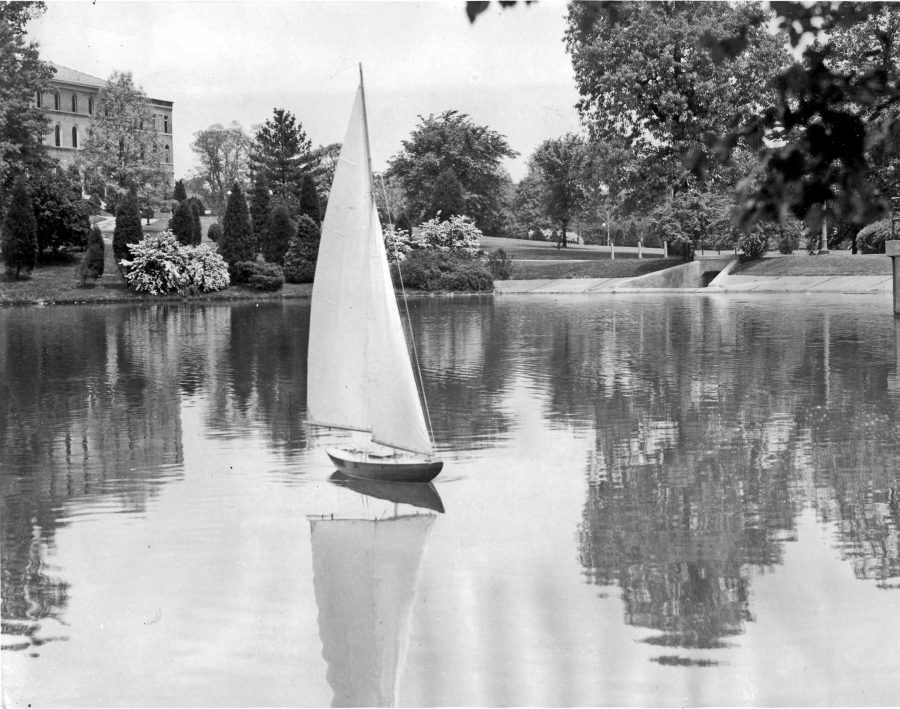 To the dismay of the Filter Engineer, he was forced to allow the Model Yacht Club to use the small lake for their club activities in the late 1930s. Sometimes when he was pissed off, he would drain the lake down. At the start of WWII, for security reasons, the club could no longer use the lake. 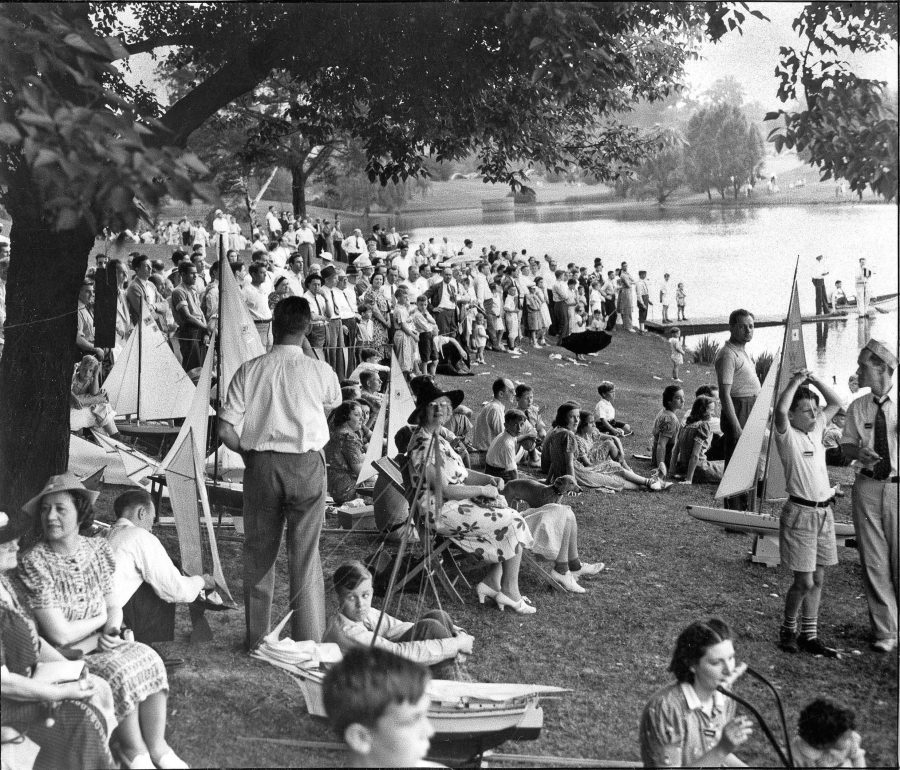 Because of the amount of water processed and the waste created by this process, the lakes would need dredging. It was a lot easier to dredge the smaller one than to do the big one. Unfortunately, the dredged material would be pumped into the big lake. That one was to be dredged every 30 years. An optimal plan would be to dredge the small lake every five years. 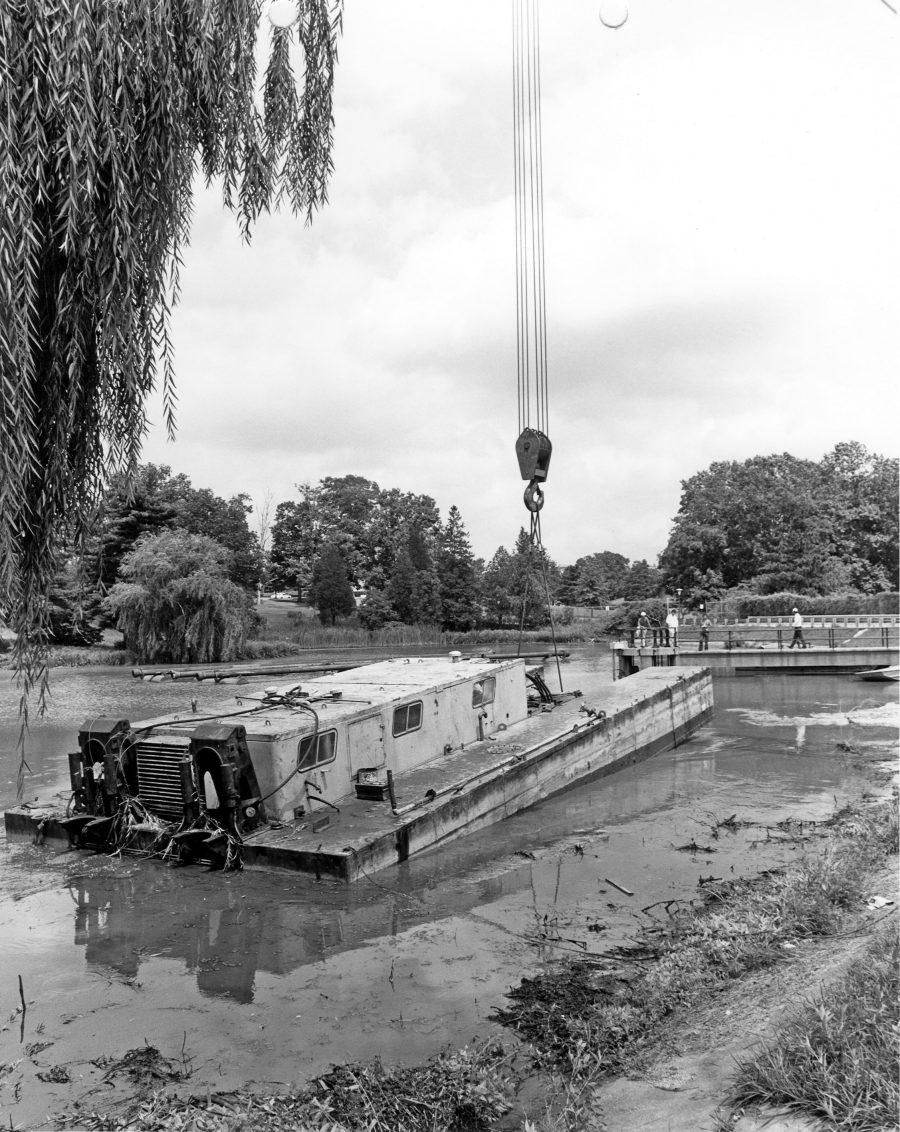 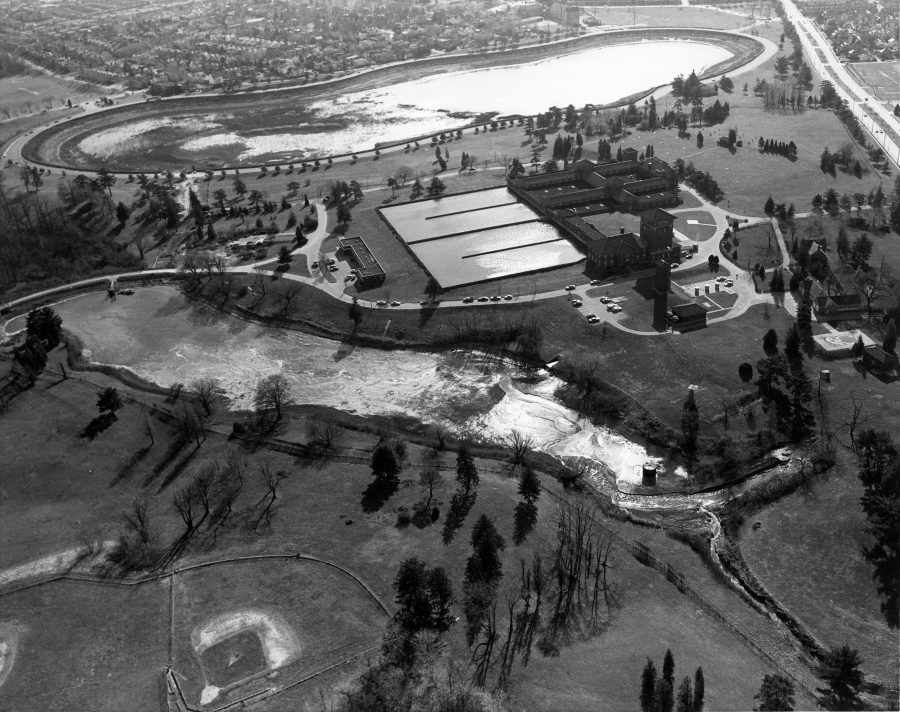 What was called a “sonic survey” took place in 1984, this was to show the nearby residents what needed to be done to the lakes. Both lakes were partially drained to show the amount of sludge build-up. 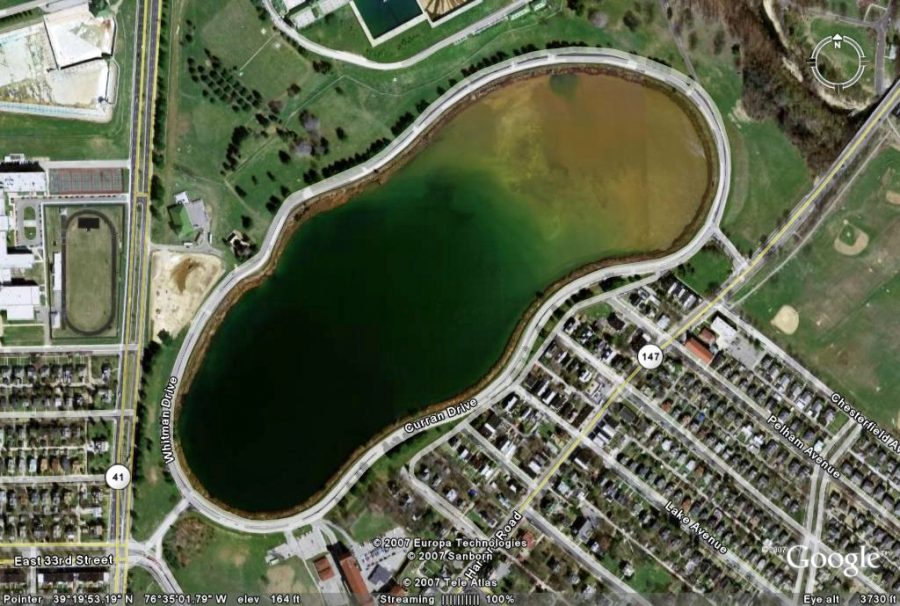 This is a google map aerial of the lake in 2003. The brown sludge build-up is the overflow from the small lake. (Note that Google Map dates are not always correct.) 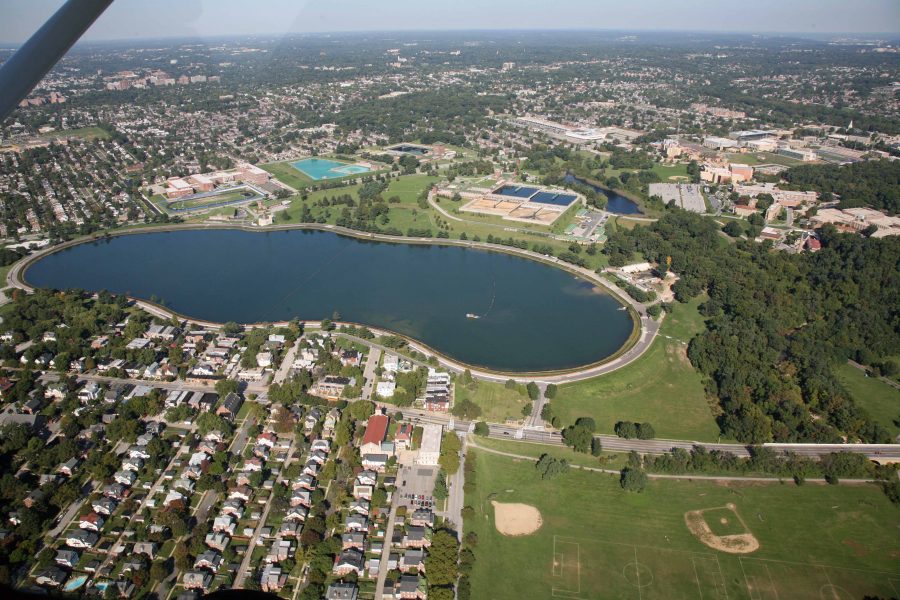 In 2005-2007 a portion of the small lake was dredged and a little over 1/3 of the big lake. Why? Money constraints. They should have completely dredged both lakes, but consulting engineers and politics dictates what goes on. 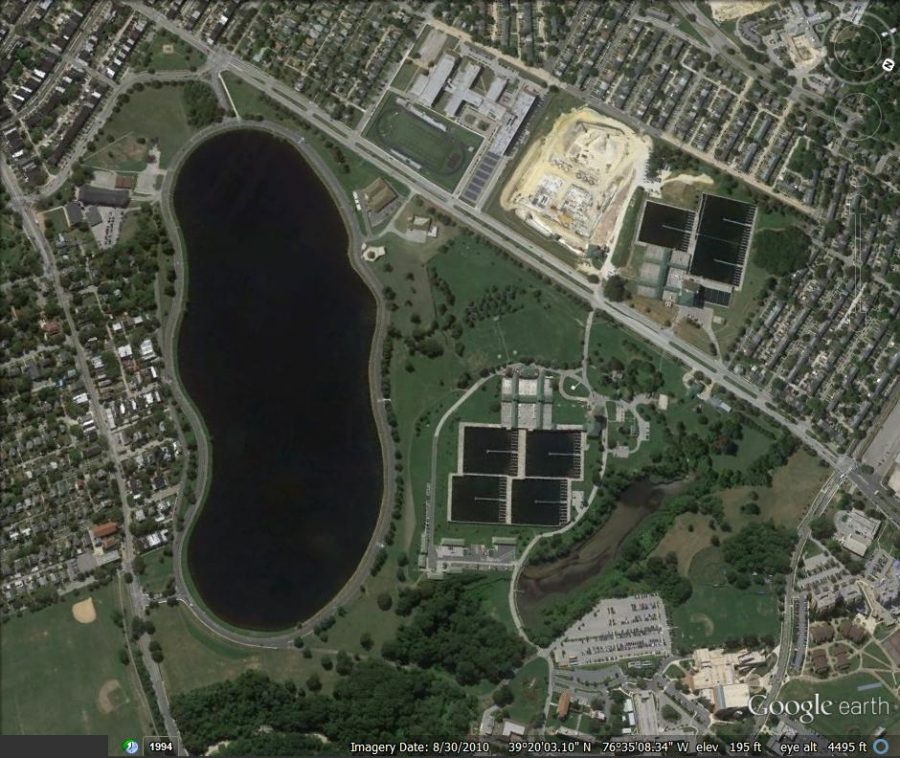 By 2010 the small waste lake is practically filled, again (to the lower right of the 4 square basins) and it is now flowing into the large lake (Hard to see but it is in the lower right corner.) 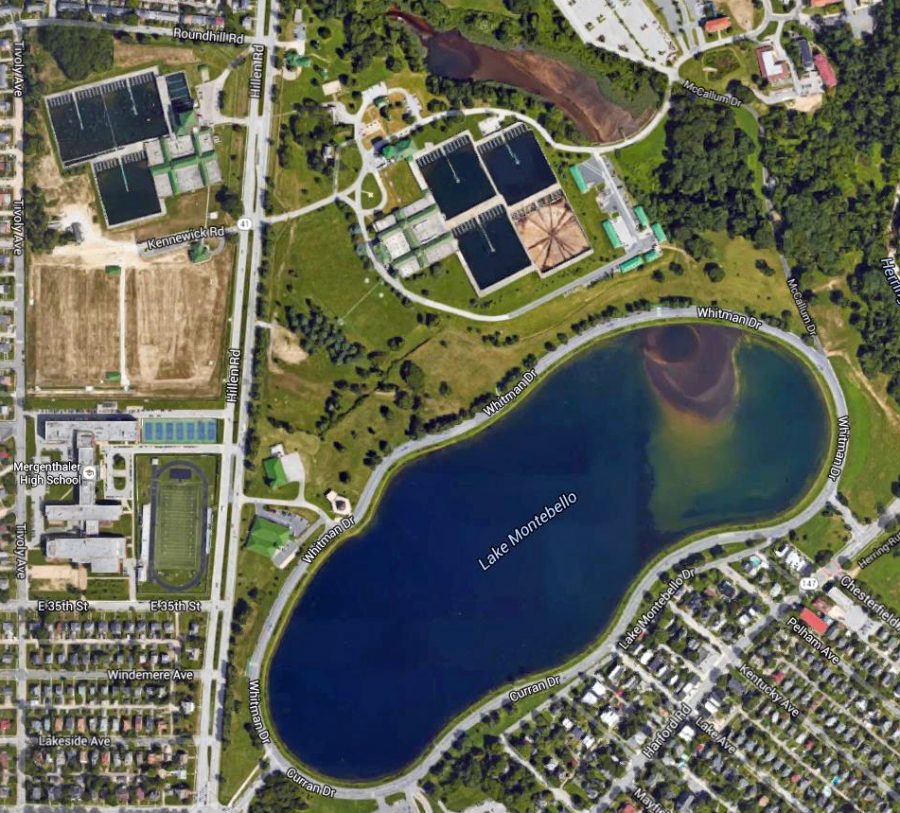 By 2013 the big lake starts filling up rather quickly. The small lake is full. 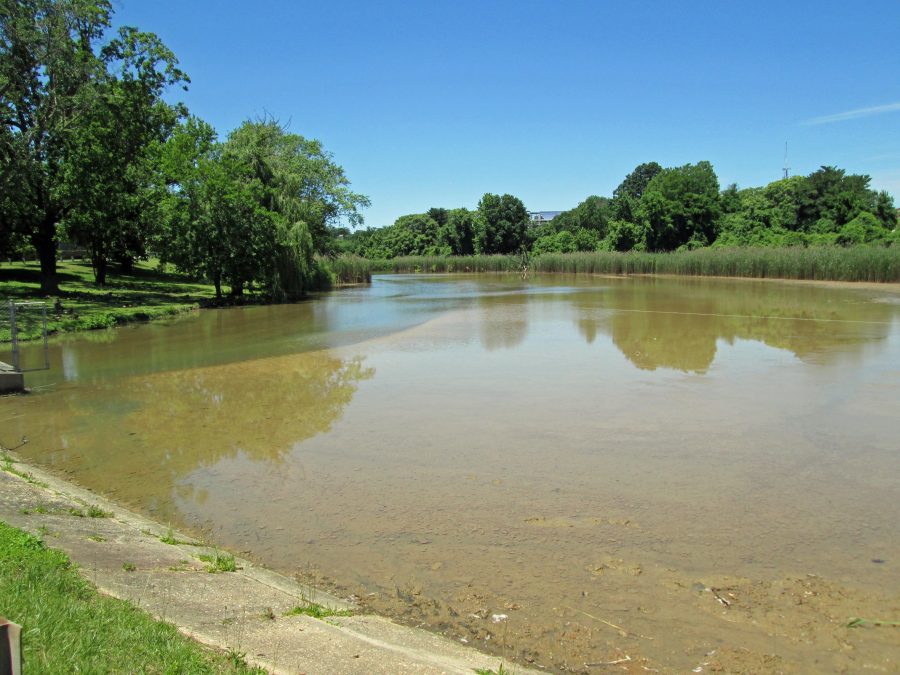 In 2016 it was decided to start dredging the small lake, only partially?? 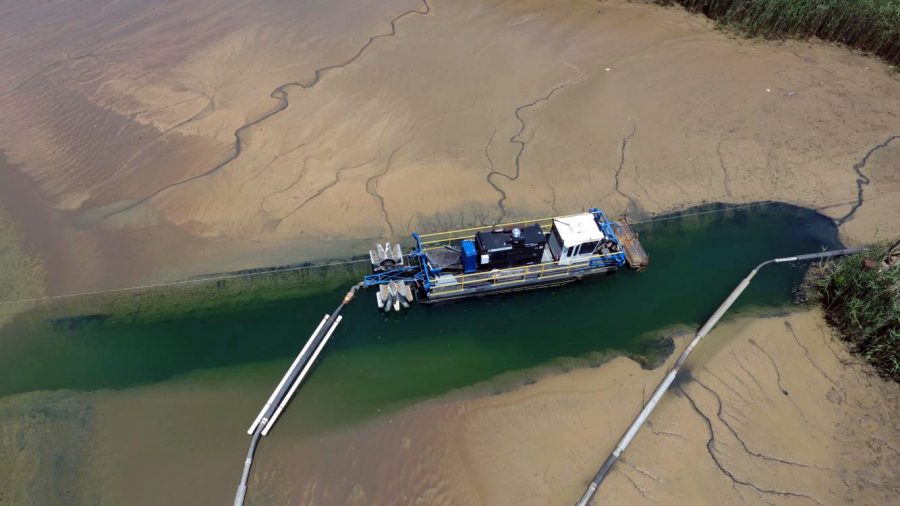 Present Day: IMS Versi-Dredge cutting a path thru the sludge. The waste lake is about 30 feet deep here. they have only reached 17 feet (Photo courtesy Merrill Bros. drone.)