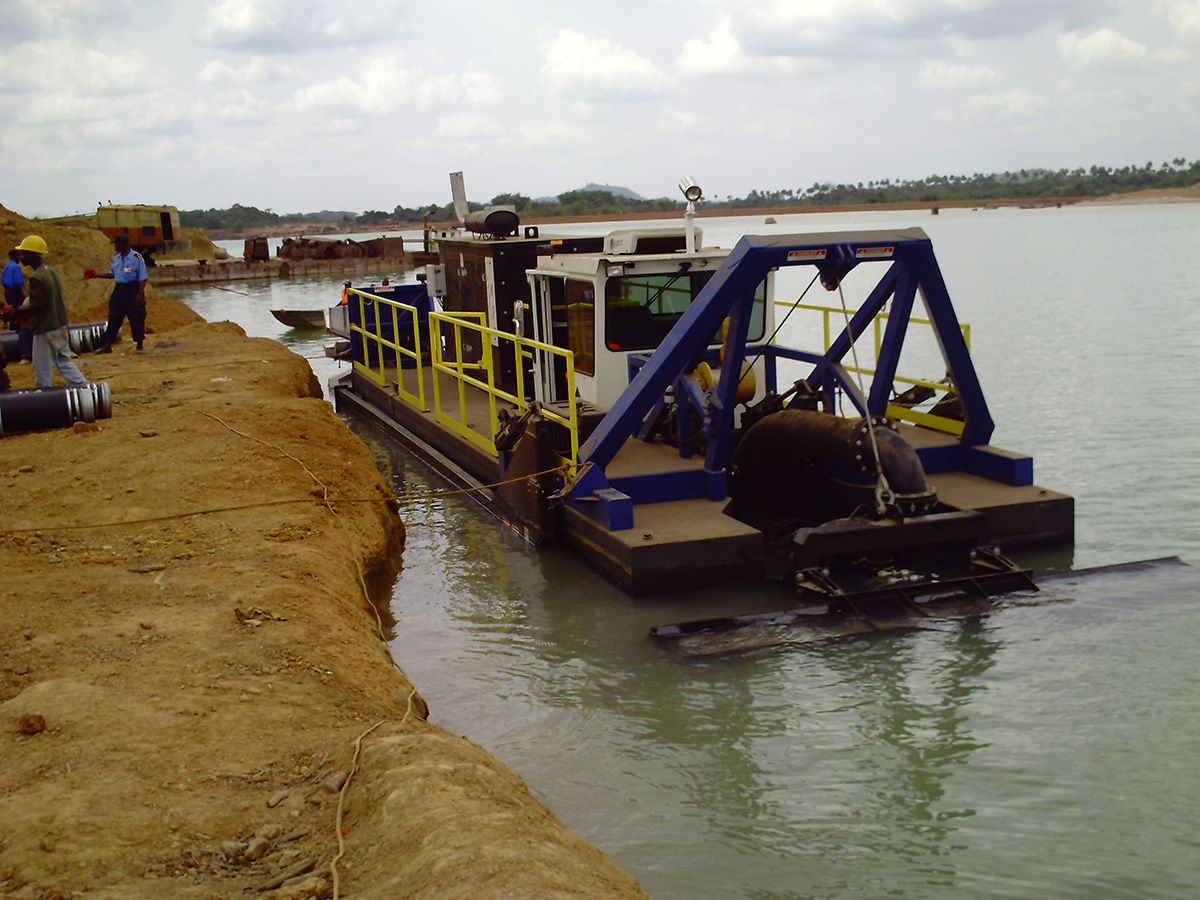 NEWS FLASH: SIERRA LEONE – A build up of slimes in the Lanti South pond where Dredge D1 is mining resulted in a number of mechanical breakdowns to pumps and reduced recoveries in the wet plant, with a knock on effect on dredge availability notably in Q3. As a result the Company purchased a new IMS Versi-Dredge® (“the Versi-Dredge®”) for US$1.1 million, which has been financed from the cash flows generated from operations.

The Versi-Dredge®, which was delivered to site in February, has been commissioned and is now fully operational. The Company expects that it will take approximately 6 months to remove the slimes in the Lanti South pond. This should not only assist the Company in meeting its production targets for 2010, but also ensure the full mine life of the Lanti South Pond is preserved.

Once the slimes have been removed, the Company intends to use the Versi-Dredge® to increase production by mining deposits such as those in the Mogbwemo tailings area, which contains a mineral resource of approximately 18 million tonnes of ore at an average rutile grade of 0.94%. In anticipation of the Versi-Dredge® mining these tailings later in the year, the Company

As Seen On Dredging Today

Contact Us
PrevPreviousIMS Division has Strong Transition from 2011 to 2012
NextMayor of Olongapo City, Philippines Gives Thumbs up for IMS 5012 HP Versi-Dredge®Next