NEWS FLASH: COBOURG – Money has already been made on the harbour dredger this year, said Ross Dudley, special projects consultant with the town of Cobourg. He says last year’s purchase has made money on two projects already. At present the dredger, with the aid of GPS guided software, is working through a grid pattern that will result in a full 12-foot deep entrance to the Cobourg harbour. 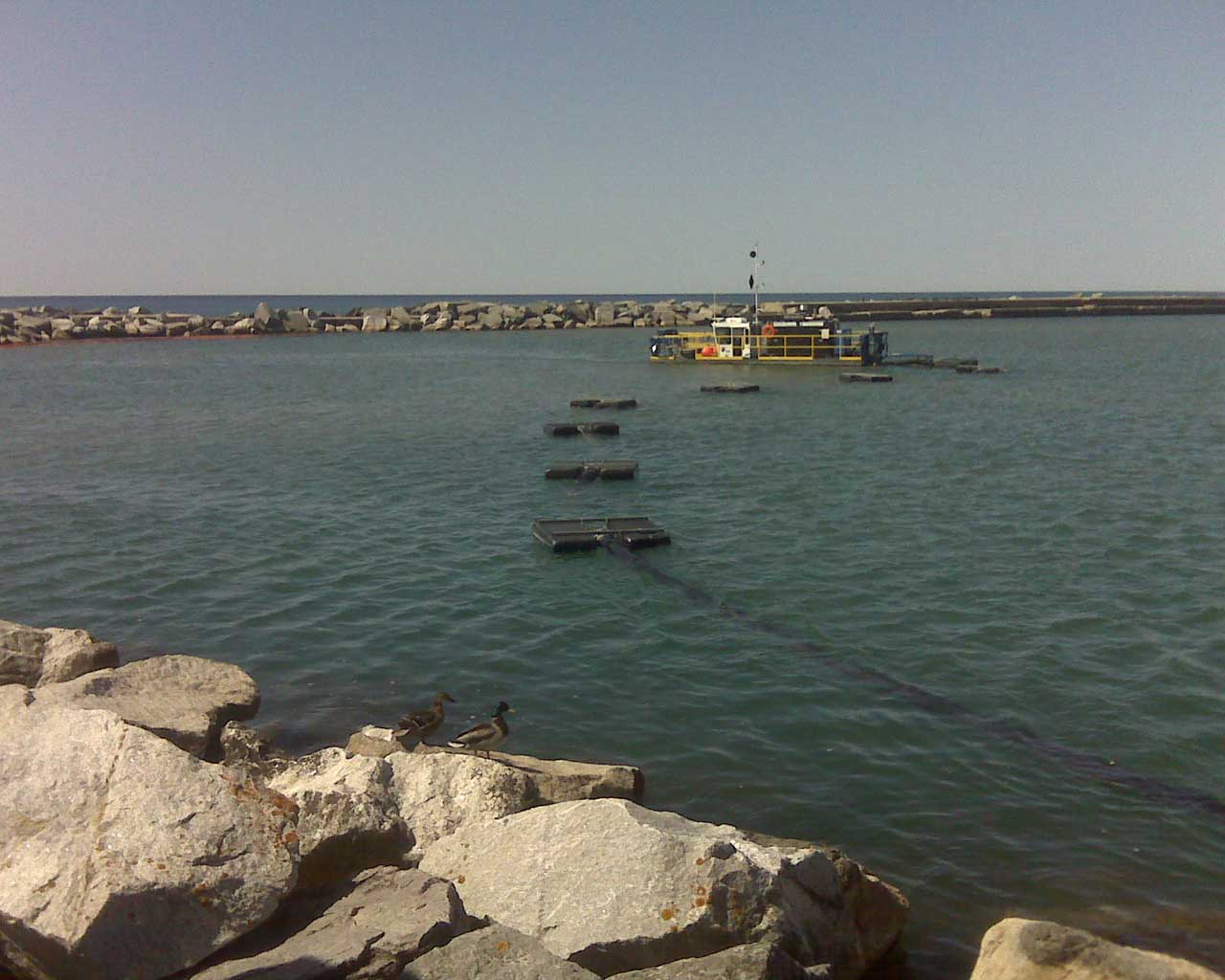 Wind and wave action has restricted the entrance, giving it an underwater profile of a ‘v’ he says; nine feet at the centre and around three feet at the edges. Rototiller action is at the business end of the dredger, while the pumping action sucks up water and sand, sending the mixture along the dozens of 10-inch diameter linked pipes to Victoria Beach. Under the green-blue covering of Lake Ontario there is mostly sand on the bottom of the entrance. So it’s a natural to pump the mixture to the beach for recycling as beach covering. Two hundred and thirty litres of sand and water per second exit at the delivery end of the piping. A strong enough flow that could seriously rearrange the beach’s pleasant flatness into something deeply etched.

As a consequence, an impressive runoff canal was dug the first of the week with a long curve leading to the water’s edge. Dudley says the sand slowly precipitates out of the slurry as it travels the length of the canal. It is slow work, but he expects the job to be completed at the end of the month. No decision has been made about the distance the dredger will clear outside the entrance. The Coast Guard has specific needs, he says, and so there will be consultation. In total, he expects to move about 5,000 cubic metres of sand from the entrance to the Cobourg Harbour to Victoria Beach.