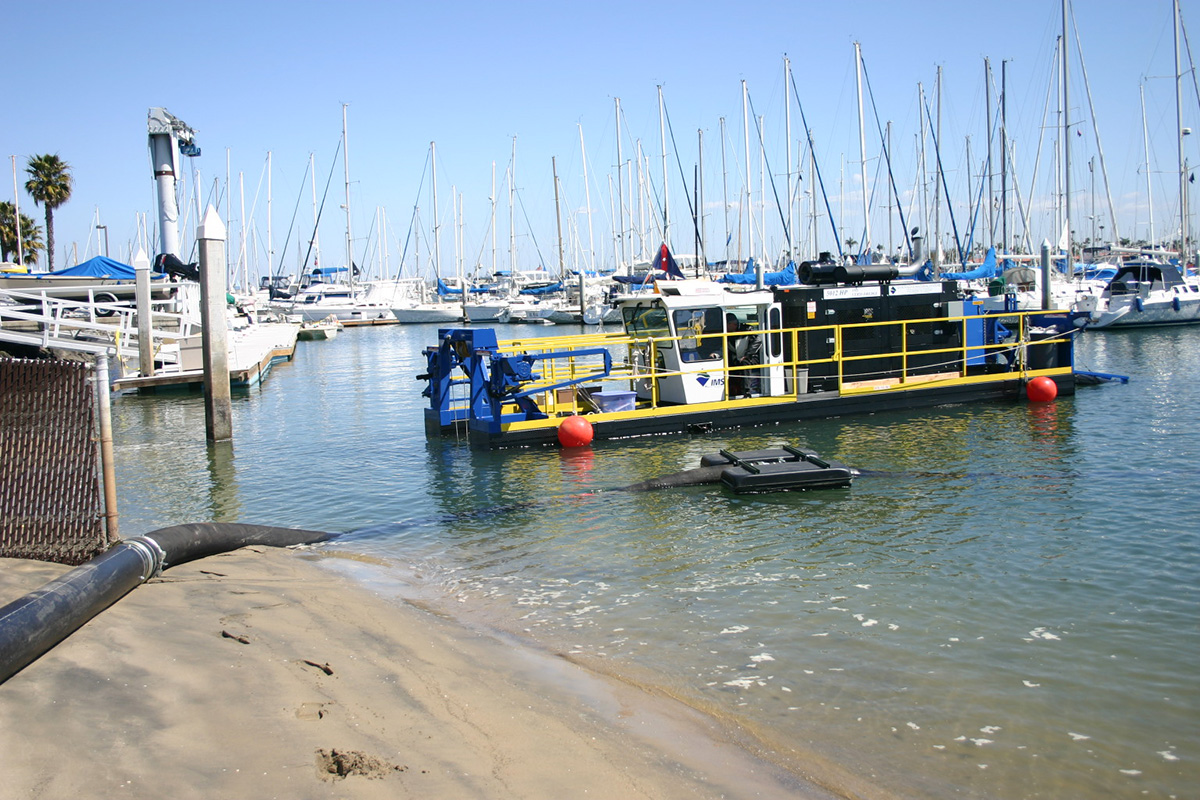 Around the world, siltation of marinas and harbors is becoming a serious issue. This poses a threat to the operation of marinas and harbors throughout the world and has caused several in the United States to close temporarily or go of out business permanently. The problem is that marina operators wait too long to obtain dredging permits and eventually marina access channels are paralyzed with silt deposits and dock slips are so shallow that boat hulls are being damaged. What is the solution? Implementing a routine maintenance dredging program will insure year-round access to a marina and keep all of the clientele satisfied with their investment and, more importantly, will make sure that they don’t move their vessel to a neighboring marina.

What do I do with the dredge spoils?

This is a problem faced by many marina operators who obtain their dredging permits. They can dredge, but they don’t know what to do with their spoils. Many marinas build containment cells in adjacent empty lots or parking facilities. This method is the most common route, but many times it is not the most practical. Obtaining the permits to dredge may be the easy part, but depending on you geographical locale, you marina may have strict regulations on where you can discharge the dredged material. Over the years, contractors have employed three viable solutions to disposing of their dredged material when conventional containment cells were not an option, including:

Do I have to shut down my marina?

This is a very common question and the answer may vary depending upon the dredging equipment being used. If you are dredging with a cable-driven dredge, then it will not be possible to have boat traffic in your marina, so it will have to shut down until dredging ceases. If you are using an IMS dredge, equipped with the patented Starwheel Drive self-propulsion system, then all recreational and commercial boating activities may continue while dredging is in progress. The advantage of using a VERSI-DREDGE is that it is a cable-free transportable dredging system comprised of two independently-driven paddle wheels that propel the dredge when on the surface and when lowered to the bottom of the water body for positive traction. Starwheel Drive self-propulsion slows the dredge operator to easily maneuver into boat slips and dredge without interruption to boat traffic.

John Melichar, owner of Great Lakes Harbor Management of Traverse City, Michigan, purchased an IMS Model 4010 VERSI-DREDGE. In just one season, John’s VERSI DREDGE® dredged three marinas in Northern Michigan, including: Village North Port Marina (beach re-nourishment), East Bay Harbor (beach re-nourishment), and Harbor West Yacht Club (geotextile tubes). At Harbor West Yacht Club, John’s VERSI DREDGE® dredged 158 dock slips, accumulating 9,000 cubic yards of material into geotextile bags. “They would have had to close the marina if we did not have an IMS self-propelled dredge, because boat traffic would not have been able to move around with a cable dredge, ” says John. Not only was John impressed with the self-propulsion feature of the VERSI-DREDGE, but the easy-to-operate joy-stick controls and high-volume dredge pump also made his operation run smoother.

Keep an eye on water levels in your marina every 6 months and plan ahead when you think that you will need to dredge. Seek permits before your marina becomes silted in and you will stay in business.