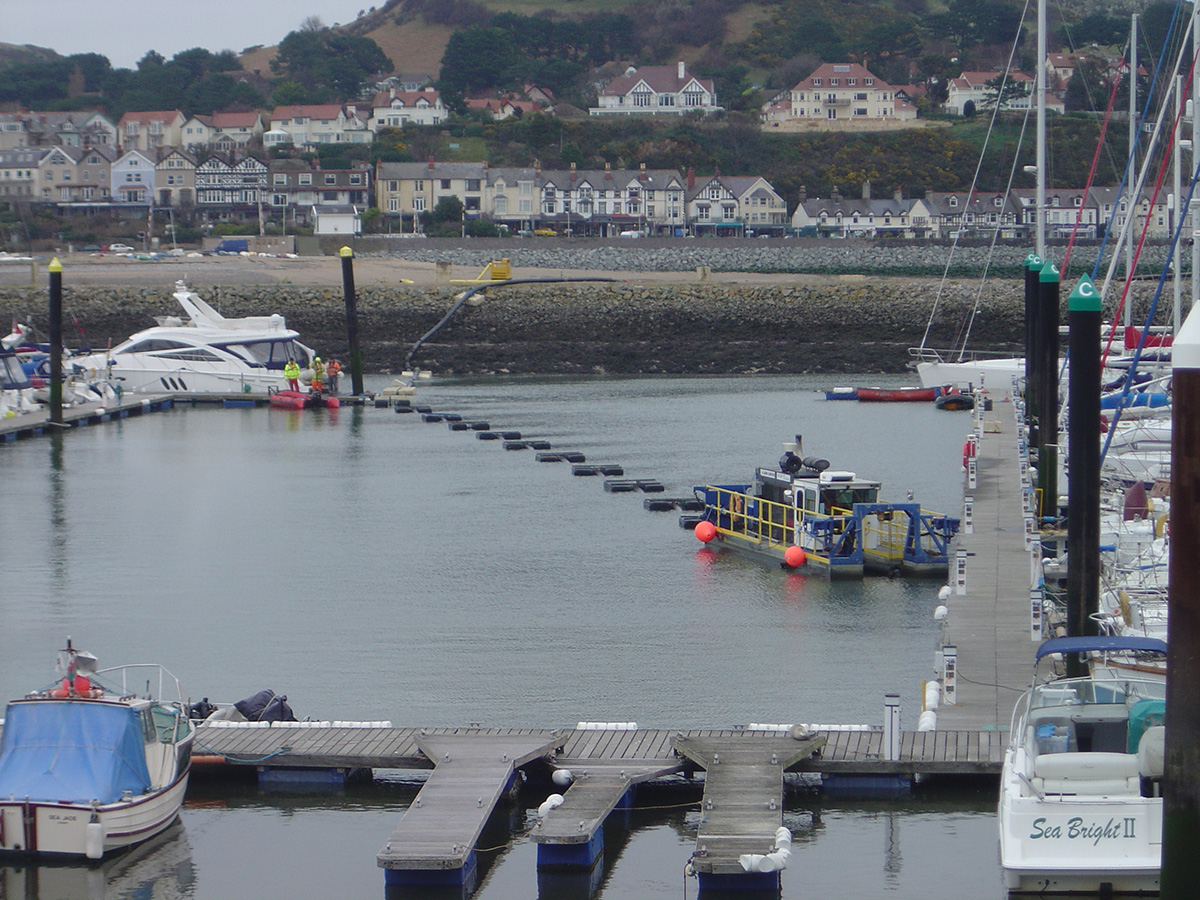 All operators face the ongoing challenge of the need to dredge their marina basins to maintain serviceable navigation depths. Whilst the frequency of dredge campaigns is a symptom of the morphology, geology, local tidal, estuarial or waterway constraints, the inevitable need to dredge is a fact of life. Principally, the deposit of sediment occurs where water flow changes. A sheltered, calm, deep basin, for example, is an ideal silt trap for the million of tonnes of semi-fluid (‘suspended’) sediments that are present within water catchment areas.

The largest single cost and risk to any dredge campaign is the disposal of the materials generated, whether it be the risk of weather delays as the contractors cannot journey to the licensed offshore disposal site in heavy seas or the astronomic costs of disposal of materials to landfill or agriculture. Thus, the key to an economic dredging contract is the early identification of the most cost-effective/lowest risk disposal route.

The secret to ensuring your dredge is as cost efficient as possible lies in the earliest possible testing, analysis, classification and quantifying of the waste. This is a highly specialist area, and one in which Land and Water’s environmental team is well versed. “The route to real savings is obtaining early data and early consultation with stakeholders and regulators alike,” Ridding explains. A fine example of how an early partnership between client and specialist contractor actually delivers can be seen in recently completed projects undertaken by Land and Water for Quay Marinas at the latter’s marina sites at Conway and Deganwy.

Land and Water assisted the client from an early stage to help obtain practical and economic consents for the works, without the need to dispose of anything! By using its unique 10in suction dredger (an IMS Versi-Dredge® 5012HP supplied by Wave Seven Marine), Land and Water removed sediments from within the marinas with the minimum of disruption, and discharged the removed materials in strictly controlled tidal windows directly into the fluvial channel.

“The principle at work here is the beneficial re-charge of the estuarial cell,” explains Ridding. “By removing the sediments from the estuary there is a net, unnatural loss, but by modelling the behavior of the water body and releasing the sediments during carefully selected environmental windows, the sediments are successfully re-deposited by the tidal currents back onto depleting mud flats and habitats that are otherwise under increasing attack.”

The need to develop the strategy at the earliest point is always key, as there are a number of environmental and local stakeholder interests to consider. Given time and ingenuity, these hurdles can be overcome – but never at short notice. The outcome at Conway and Deganwy was in line with client expectations, and Land and Water is now set to return in 2010 for a further 25,000m3 campaign.

Land and Water’s IMS Versi-Dredge® is currently the only contractor-owned unit of its type operating in the UK. It travels as a single unit on a conventional HGV and can be craned into the water and set to work quickly. Unlike conventional suction dredgers, the 10in heavy-duty pump is mounted on the end of the dredge arm and is fed directly by the cutter/harvester head as it moves across the sea bed. The IMS Versi-Dredge® is stationed using conventional winch/guide wires or a pair of powered ‘star wheels’. These are located on extended drive arms, which lower themselves on to the sea bed at the rear of the vessel and propel or ‘walk’ it forward. This has distinct advantages within the confines of marina basins and irregular shaped lagoons or lakes, as the star wheels ‘free’ the dredger to move as it pleases without restricting cables crossing the site. At both Quay Marinas’ sites, the marinas remained open for navigation whilst work took place.

It is noteworthy that Land and Water’s IMS Versi-Dredge® is one of the first U.S. built dredgers to operate on the River Thames.